Apryl Michelle Brown is a force to be reckoned with. To some Apryl may be seen as a pillar in the community, a strong and determined woman who does not take no for an answer. But according to Apryl, she's just being herself and living life to the fullest. This is not just Apryl's story and how she helps her community make better life decisions; this is Apryl's New Reality.

Apryl was like most individuals in today's society who craved and desired to have the 'perfect body’ – whatever that may be. As the old saying goes, 'beauty is in the eye of the beholder' and in Apryl's eyes she has always seen herself as beautiful, she just wanted a few little tweaks. 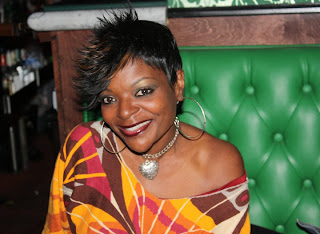 In 2004, Apryl made a conscious decision to get silicone butt injections to achieve a supple behind like celebrities such as Jennifer Lopez, Serena Williams and Beyonce. After receiving multiple silicone injections, Apryl began to feel pain in her buttocks that was not going away. After suffering for a couple of years, she finally decided to seek medical attention. Apryl learned during her doctor’s visit that she would have her butt cheeks amputated. Unfortunately, she was unable to get the proper treatment because of misinformation from her doctor and health insurance companies unwilling to pay for such a procedure. After suffering in pain for five years, a traumatic ordeal happened. Apryl was rushed to the hospital one morning with only 24 hours to live, diagnosed with a severe staph infection. Due to a side effect of the medication to save her life, Apryl was subjected to having her limbs amputated. She was left with her legs amputated a few inches below the knee and her arms amputated five inches below her elbow. 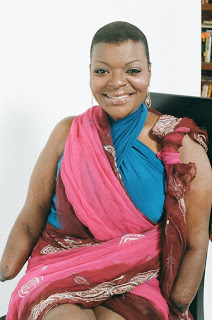 Currently, Apryl is using her ‘new reality’ to help others who are looking for the ‘perfect body’ in not such a perfect way. She has become an advocate in speaking out against poor judgment when thinking about undergoing a cheap and unsafe route to achieve body perfection. Apryl encourages her community to know and believe that beauty comes from within and if someone chooses to seek beauty from having any type of surgery or injections to do their homework first. 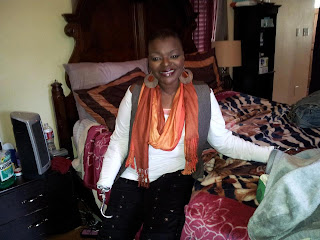 Apryl also makes certain she advices her community that she is not opposed to body modification if done correctly. She wants people to understand that there are pros and cons to everything and everyone needs to be aware of those pros and cons prior to making a lifelong decision. Because Apryl desperately wanted a fuller behind, she decided to make a choice that would carry on with her for the rest of her life. Apryl has continued her journey by speaking at forums discussing self-awareness, self-esteem, and a healthy body image. Apryl's audiences are young men and women who are dealing with personal issues about their appearance. Apryl wants her audience to know 'there is nothing external that will ever validate what you need on the inside'. Apryl has been featured in Essence Magazine and has made numerous local and national television appearances. Apryl tries to teach others in her community to ‘love yourself’ before seeking any type of body modification. She wants her audience to understand that plastic surgery will not cure low self-esteem, however if someone chooses plastic surgery they need to do it the right way. Apryl will continue to tell her story to everyone in order to make sure no one else makes the same life altering decision she did.

This is not just Apryl’s story – this is her New Reality! 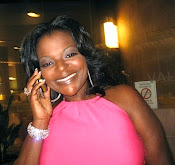